Chaîne friends gathered at Kathy and Dennis Shay’s in town condo on June 14th for a sip (or two!) through six decades of Bordeaux wines. While Dennis most often works the food side of an event, the Vice Conseiller Gastronomique decided it was beyond time to share his small stash of Bordeaux dating back to 1969 (older than our youngest member attending). To fill in a few gaps in the offerings, Austin’s new Vice Echanson, Marshall Jones, provided bottles from both the ‘80’s and ‘90’s.

As the group gathered and sipped some bubbly and munched on French cheeses and paté, discussion centered on the potential quality of the first offering, a 45 year old Chateau Cissac that Dennis bought in 1973, shortly post-college. Since few college students had wine fridges back in those days, storage of the first three wines was less than optimal. So the question arose … would we be drinking wine or vinegar??

Our group was more than up to the task of determining which wines faired best after years of dormancy. The 1969 Chateau Cissac was a little worrisome as the nearly black, saturated cork provided evidence of evaporation. The wine was a surprise in that it had little acidity and did not resemble the dreaded vinegar, but instead it held a taste of dried raisins — someone likened it to prune juice!

Fortunately for us, the 1974 Chateau Latour was another story. The dark ruby red wine held up beautifully over its 40 year history and was one of the crowd favorites. Its cork, while not pristine, was intact and had little sign of seepage. The next entry was a 197? Chateau Lafitte Rothschild. While Dennis believes that it too was a 1974, he once tried to wipe off a little mold on the label and took with it the last number of the vintage, and as he said, turned what was once an expensive bottle of wine into a conversation piece! This cork as well was quite saturated, but the wine could still be appreciated.

Marshall’s first contribution, a 1986 Sociando Mallet, was excellent. Rich, smooth and fruity, the wine lived up to all expectations. The same can be said of his 1998 Leonville Barton which was still in its prime.

As expected, the two newer wines, a 2005 Lascombes and a 2010 Chateau Mongravey, both from Margaux, were delicious today and would be great additions to any cellar.

Replete with decades of (mostly) fine wine, we headed across the street to the historic Hotel Ella for a fine Dine Around at Goodall’s restaurant which included creative local foods and a tour of the hotel’s collection of Charles Umlauf sculptures. As you might guess, the nude of Farah Fawcett, a former art student of Umlauf’s, was very much appreciated! 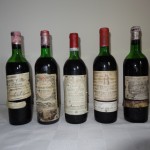 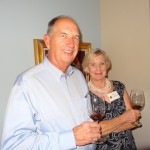 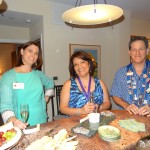 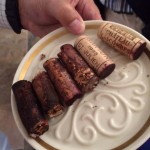 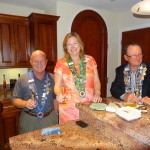 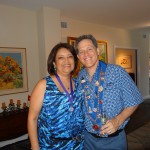 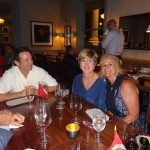 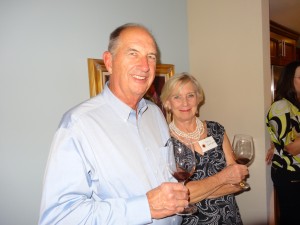