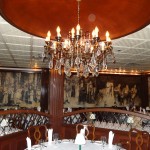 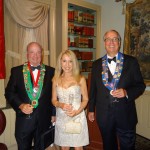 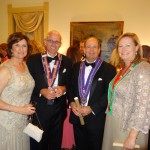 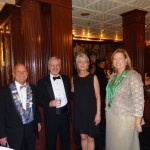 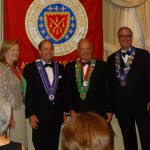 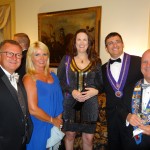 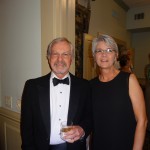 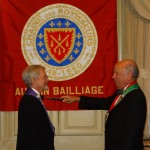 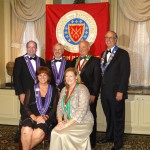 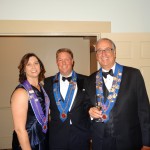 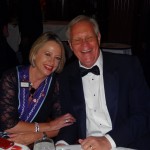 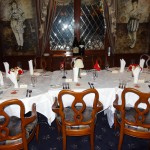 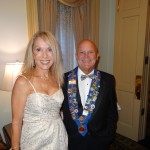 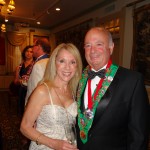 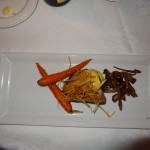 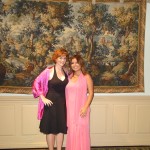 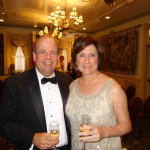 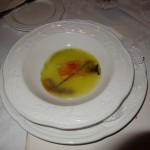 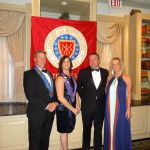 It is a rare occasion when you have an opportunity to dine amongst the likes of Julius Caesar, King Lear and Lily Langtry, but such was the case as the Austin Bailliage celebrated the induction of its new members at the historic Austin Club. Built in 1878, the former Millett Opera House hosted such diverse events as medicine shows and operas, was home to the Texas legislature when the new Capitol was being built in the early 1880’s and even served as a skating rink. On August 24, however, the Austin Club hosted a modern day culinary extravaganza in its Austin Room. This beautiful dining room is painted with murals by Chicago artist Richard Anderson commemorating some of the more famous performances that took place at the Millett, including scenes from King Lear, Julius Caesar and A Wife’s Peril starring Lily Langtry.

The evening began with a lively induction of three new confrères by Bailli Provincial Bill Solomon and was followed by a reception where the star of the Chaîne performance was Executive Chef Mike Maples. Chef Maples first impressed the group at the Barton Creek Resort and Spa in 2006 and enticed us back for this second visit to the Austin Club where he has been the Executive Chef since 2008. This meal matched or exceeded his past endeavors. The evening was further enhanced when Bailli Denise Valliant presented a generous donation to Austin’s Cordon Bleu College of Culinary Arts and a wine raffle that raised funds for the Chaîne’s next contribution towards the education of young chefs. Chef Maples’ performance ranked as one of the best performances offered in the historic venue.